Home › Bible › The Exodus in the Quran: A Response to a Reddit Reviewer

The Exodus in the Quran: A Response to a Reddit Reviewer

The Exodus in the Quran: A Response to a Reddit Reviewer

Originally posted on the Quran and Bible Blog

“Thus do We relate to thee some stories of what happened before: for We have sent thee a Message from Our own Presence.”

This article is a response to a recent review that was posted on Reddit of the three-part series “The Exodus from Egypt”.[1] As stated in the “About the Blog” page, I welcome constructive criticism and an opportunity to learn more. It is frankly refreshing to read an objective response from someone who does not have an axe to grind and who is not blinded by anti-Islamic bigotry. The reviewer makes some fair arguments, but I feel that they can be refuted.

The reviewer comments that I made “some decent points” but he/she does criticize the “apologetic perspective of the blog and how it differs from academic scholarship”. This is a fair point, and of course, I have never claimed that the blog can serve as a substitute for “academic scholarship”, nor have I tried to hide the purpose of the blog, which is to provide the Islamic perspective on such issues.

The reviewer then remarked that:

Of course, this is true. Sources from the time of an event would generally be considered more reliable than secondary sources that were not directly linked to the event. With regards to the Exodus, we do not have any primary sources. The Bible is the earliest source, but as the reviewer pointed out, it is not a primary source, having been compiled into its final form about 1000 years before the Quran was revealed, which would mean that it was compiled almost 800 years after the events of the Exodus.

The reviewer then stated that:

“[t]he biblical narratives in the Pentateuchal history are over a thousand years older than the Quran, which itself is a derivative work of not only the Hebrew Bible but also Jewish-Christian midrash.”

This is a strange remark given his earlier comment that primary sources are preferred by historians, but the Bible is not a primary source as he even admitted.

As for the claim that the Quran is “a derivative work of” the Bible and Jewish-Christian midrash, this may be the secular opinion to explain the similarities between the Quran and those sources, but Muslims would argue that the Quran simply confirms the stories of the previous prophets that it regards as true, while rejecting the rest.

In response to my comment that the Quran provides a more coherent version of the events of the Exodus, the reviewer attempted to brush it off. He/she stated that:

“…this is what is expected in a later derivative work that interprets earlier sources, just as a gospel harmony smooths contradictions between older, primary sources (the four canonical gospels)…”

First, notice the contradiction between this comment and the earlier one about “primary sources”. The reviewer admitted that the “canonical gospels” were contradictory, and so, a “harmony” was written to “smooth” out the contradictions. But this would show that primary sources are not always reliable (note that the gospels are not “primary” sources anyway, since we don’t know who the authors even were). So, the absence of a primary source for the Exodus, while unfortunate, is not necessarily a major issue.

Second, it is a cop-out to say that the Quran simply “smoothed out the contradictions” of the Biblical version of the Exodus and that is why the Quranic account is more coherent than the Biblical one. First, why were there such obvious contradictions in the Biblical account and why weren’t they “smoothed out”? Second, while such obvious contradictions could certainly be removed in a later work, what about the historical errors? A later source would only be expected to correct the historical errors if the author was somehow knowledgeable about the true historical context of the story. For example, how would the author of the Quran have known not to use the Egyptian term “pharaoh” for the king of Egypt in the times of Abraham or Joseph (while it uses the term when referring to the king in Moses’ time), since that term was not used by the Egyptians for the king until the New Kingdom period?[2]

As a second example, why did the author of the Quran refer to the Israelites during the Exodus as a “small band”, whereas the Bible claims that there were 600,000 men (which would mean around 2 million people total)? The Bible even claims that the main reason for the beginning of the oppression of the Israelites in Egypt was because their population had grown out of control.[3] What motive would the Quran’s author have had to change this part of the story?

A third example is the Quran’s failure to repeat the Biblical anachronism in Exodus 13:17-18. This passage states that the Israelites did not leave Egypt through “the road through the Philistine country”. However, the Philistines did not occupy Canaan and the surrounding areas until much later. It seems that every time the Biblical account made a historical error or anachronism, the Quran did not repeat it. This seems strange for a work that is simply brushed off as “a derivative work”. The author of the Quran seemed to be more knowledgeable than a 7th-century Arab should have been.

The next critique from the reviewer was in regard to the identification of the Pharaoh of the Exodus. In Part III of the Exodus series, I had concluded that the best candidate for the Pharaoh was Ramesses II.[4] One of the main reasons was that the Quran identifies a king who ruled for a long period of time. However, the reviewer criticized this identification, while stating:

“…no discussion however on how the mummy of Ramesses II is that of an old man who suffered from crippling arthritis and not of a chariot-capable warrior who died from drowning.”

This is a fair criticism. CT scans of the mummy of Ramesses II have shown several conditions associated with advanced old age. As Zahi Hawass and Sahar Saleem state:

“[t]he marked attrition of the dental arc, spine, and joints (especially hips and shoulders) all indicate geriatric diseases found in individuals over seventy years of age. The suggested age of death coincides with the historically known age of about eighty-seven to ninety-two years.”[5]

They also state that:

“Ramesses II was probably crippled with arthritis and walked with a hunched back for at least several years of his life. He also suffered from painfully poor dental health. However, there were no definite CT findings to suggest the cause of death.”[6]

So, if Ramesses II was an extremely old man at the time of the Exodus, it seems strange that he was the one who led his army in pursuit of the runaway Israelites. This may be a legitimate crack in the identification of Ramesses with the Pharaoh of the Exodus.

However, it is possible that the assumption of picturing Ramesses as “a chariot-capable warrior” is just not warranted. Perhaps we are just letting popular imagery influence our assumptions. The fact of the matter is that there is no reason to assume that the Pharaoh had to have led his army while riding a chariot or that he was a young man in his prime. If the Pharaoh was an elderly man as the Quran seems to suggest, he could have just traveled by some other means. There is evidence that the ancient Egyptians used different ways to travel. These included riding animals such as donkeys and horses,[7] as well as carriages and wagons, though as Heidi Kopp observes regarding the latter, there is “no depiction [that] shows them as means of transport for people”.[8] 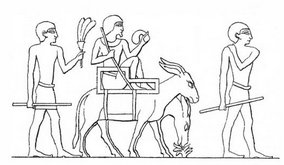 Figure 1 – Donkeys were used for travelling in ancient Egypt. This depiction is from the 5th Dynasty period (Source: Heidi Kopp, “Desert travel and transport in ancient Egypt. An overview based on epigraphic, pictorial and archaeological evidence”, in Desert Road Archaeology in Ancient Egypt and Beyond, eds. Frank Forster and Heiko Reimer [Germany: Heinrich-Barth-Institut, 2013], pp. 117).

A carrying chair, also known as a palanquin, was another possible way to travel.[9] Certainly, chariots would have been more mobile and fast, but if the Pharaoh was not capable of riding on a chariot, he had other means to pursue the Israelites. 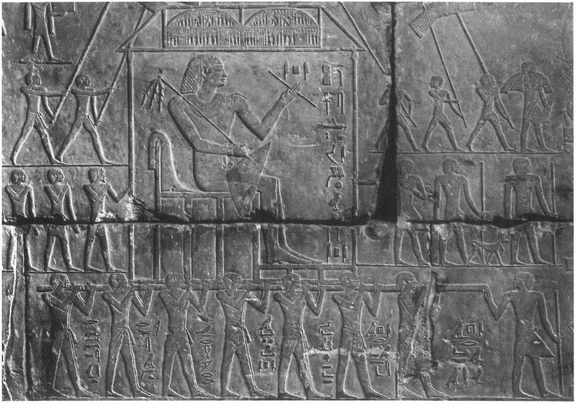 Finally, the reviewer suggested that the Quran may not give “more accurate information” but rather that:

“…as a later secondary work, two originally distinct pharaohs were conflated into a single figure for simpler storytelling.”

But as discussed above, this line of argumentation conveniently brushes aside the evidence of the Quran’s undeniable accuracy by denigrating the Quran to the status of “a later secondary work”. This approach is both lazy and unfair. Whether secondary or not, the Quran demonstrates an amazing level of accuracy and coherence which are not found in the Bible. One could also argue that for the sake of “simpler storytelling”, the author of the Quran could have opted to repeat the story as it was popularly known, instead of changing some details.

[3] This contradicts Exodus 1:15, which states that only 2 midwives were given the task of killing male infants as a form of population control.

[7] Heidi Kopp, “Desert travel and transport in ancient Egypt. An overview based on epigraphic, pictorial and archaeological evidence”, in Desert Road Archaeology in Ancient Egypt and Beyond, eds. Frank Forster and Heiko Reimer (Germany: Heinrich-Barth-Institut, 2013), pp. 113-116.