And now for something completely different.. 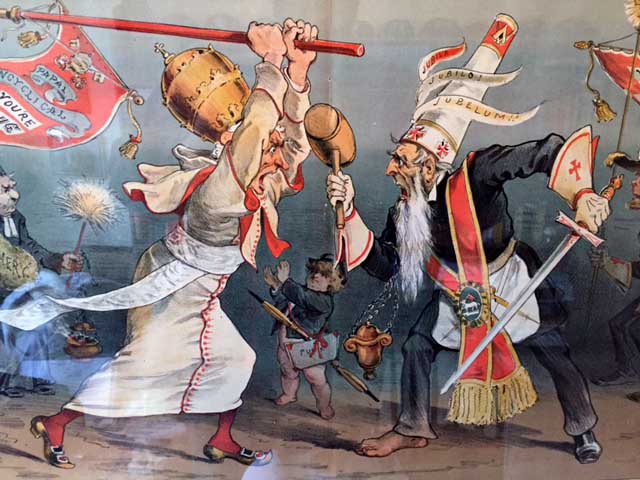 ‘A 19th century cartoon depicting the historical rivalry between the Catholic Church and Freemasonry (the character on the left apparently depicting Pope Leo XIII) which I found interesting.’ ~ Denis Giron on Facebook

Denis Giron is one of the most erudite Roman Catholic thinkers I have ever met (and that is saying something). He messaged me today:

I’ve been thinking about returning to your blog soon. I have just been very busy with other things. But a number of entry/article ideas are floating around in my mind.I announce your impending reappearance?

I have his permission to announce his impending reappearance after a long absence from this blog. Denis is a Statistical Analyst at United Nations in New York. See his previous work on Blogging Theology in the Author Archives

Like Loading...
‹ Racism is not yet dead and here is why..
Dr Jonathan Brown comments on some issues that have caused much debate on YouTube and social media recently ›