Home › Islam › What do other people think about us at Speakers’ Corner?

What do other people think about us at Speakers’ Corner?

Yesterday I invited a long standing non-Muslim attendee at Speakers’ Corner to give me his thoughts about Muslim activity at the park. He is not one of the usual Islamophobic suspects who feature on youtube polemics. However, I don’t agree with everything he says (see his comments below re “the DNA of Islam”). But many of his points highlight where we need to improve for 2020.

A bit of background: I was told that Mansur and Hashim were informed about the real threat of extremist Muslims at the park over a year ago. Word got to me yesterday that they deny ever having been told.

I have permission to publish the following piece on Blogging Theology. The author wishes to remain anonymous.

To be clear I had a conversation with Mansur and Hashim at the park when we were putting together the Speakers Corner Development Panel (SCDP). It was a conversation about our collaboration for the future and the safety of all of us at SC and making sure we took out of SC intimidators of any group from which there were many at that time. The Muslim extremists and Abu Qasim and others were mentioned in the flow of the conversation re Muslim threats and that he was an extremist along with Abu Hakeem, Bilal, Suleyman etc. Maybe they do not recall the Abu Qasim bit. He was mentioned there is no lie. I know what I say!!!😉

My recollection is that M and H were very supportive of the SCDP initiative during the conversation and eager to attend the first meeting. As you are aware they did not attend in the end nor have the Muslim groups supported any meetings outside of yourself and one other [Nazam] or have the Dawah representatives attended any meetings either, despite always being invited. It’s a them and us scenario!

This is a clarification of where we are.

My take on this situation is Dawah must survive at all costs!

Adnan Rashid has to protect himself, his income, his ego, his agenda.

Mansur and Hashim are dedicated to Dawah and it’s easier to let others monitor the threats within their own group ie Anwar and Shamsi.

The above is in conflict with the Non Muslims, the SCDP and the police where prevention is better than cure.

Within the DNA of Islam and other groups there is a false brotherhood to which many feel they are part of, this provides a gang culture silence code which is hard to break through, if you wish to question or criticise those within the group. Outsiders to this group are a nemesis and a threat to this brotherhood and so not taken seriously, ridiculed, deviated and called liars when they highlight threats to this group even when they are based on firm evidenced truth.

The above is not unique to Islam and makes the prevention rather than cure ethos of the SCDP and Police difficult.

We need the regulars at SC to be a family and looking out for each other. Maybe this is a pipedream but the initiative has been successful despite this. But we need more honesty and cooperation with each other. Terms like “Cops are the Ops”, codes of brotherhood silence and lies and head burying does not assist the greater worthy cause.

In 2020 we are planning to tighten the collaboration of the SCDP, police and Intel within SC to ensure the future of SC and it’s ethos and the experience for those who attend is safe and enjoyable, whilst continuing the rationale of healthy free speech, debate, discussion and education.

As in the words of the old song unfortunately where we are now is:-

“You can’t touch me I am part of the Union”

Like Loading...
‹ This is truly horrifying. Muhammad Manwar Ali explains the magnitude of the problem.
A stunning prediction for 2019 › 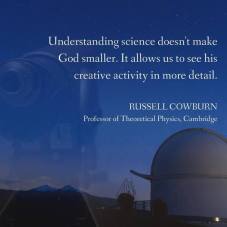 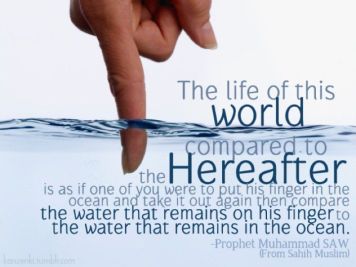