I once found myself trapped on a phone call with an exercised adherent of the Ḥanafī school of Islamic law who made it clear that the conversation was not going to end until I acknowledged that Abū Ḥanīfa (d. 767), the school’s founder, was the greatest Hadith scholar in Islamic history. This is not unheard of, as followers of the Ḥanafī school have, from time to time, strayed into excessive adulation. Such was the case with some staunch Ḥanafīs who claimed that, when Jesus returns, he will rule without exception by the details of Ḥanafī law (thankfully, responsible Ḥanafī scholars reined them in).[1] Nor are Ḥanafīs alone in their love for their tradition or reverence for its founder.

Unique among the founding figures of the four Sunni schools of law, Mālik b. Anas (d. 795), author the Muwaṭṭaʾ, remains uncontroversial and beloved by all. The earliest articulations of Sunni Islam already recognized him as a pillar of Sunni identity, yet even those whom the earliest Sunnis viewed with suspicion, like Abu Ḥanīfa’s disciples, Muḥammad b. al-Ḥasan al-Shaybānī (d. 805) and Abū Yūsuf (d. 798), sought out the Muwaṭṭaʾ and the opportunity to study with Mālik. Mālik became a figure of universal approbation among Sunnis and, as we’ll see, establishing a connection to him was quite appealing to later adherents of the Sunni doctrinal schools of law. Mālik’s Muwaṭṭaʾ represented a collection of common and foundational scriptural evidence for Sunni reasoning on law, at the same time as Mālik’s own process of legal reasoning in the Muwaṭṭaʾ challenged those like Abū Ḥanīfa who had adopted a different method. Mālik’s centrality and universality are revealed by an illustrative, if ultimately marginal and slightly amusing, debate among later, non-Mālikī, Sunni scholars, one that exemplifies both Mālik’s standing in the Sunni tradition and that tradition’s occasional lapses into chauvinistic infighting.

In the chapter on sales in the Muwaṭṭaʾ, Mālik narrates from his teacher Nāfiʿ, from the Companion Ibn ʿUmar, who heard Prophet (may God’s peace and blessings be upon him) say, “Do not make an offer after someone else has made a firm offer” (#2105). Mālik’s (most?) famous student al-Shāfiʿī (d. 820) narrates this Hadith from Mālik in his own work.[2] And al-Shāfiʿī’s (most?) famous student Ibn Ḥanbal narrates it from him in turn in his famous collection of hadith, the Musnad.[3]

But were these scholars really each the greatest or most illustrious student of their teachers? As the Shāfiʿī scholar Tāj al-Dīn al-Subkī (d. 1370) suggests, one could name students of Imam al-Shāfiʿī other than Ibn Ḥanbal, ones whose efforts went into building the Shāfiʿī school of law instead of founding (even if unintentionally) the rival Hanbali school. And, of course, it was no settled matter that Mālik’s most illustrious student was al-Shāfiʿī to begin with.

Hadith critics considered the chain of transmission to the Prophet via Mālik, from Nāfiʿ, from Ibn ʿUmar to be one of the soundest and most reliable. One famous Shāfiʿī polymath from Khurasan, Abū Manṣūr al-Baghdādī (d. 1037-8), thus extrapolated that the soundest of chains was al-Shāfiʿī, from Mālik, from Nāfiʿ, from Ibn ʿUmar, from the Prophet. This was obvious, he noted, since scholars of Hadith had reached consensus that ‘the most illustrious (ajall)’ transmitter from Mālik was his student al-Shāfiʿī. Another scholar, Abū Bakr al-Ḥāzimī (d. 1188-9), compiled a book of Ibn Ḥanbal’s Hadith narrations from al-Shāfiʿī and with great pomp titled it The Golden Chain (Silsilat al-dhahab).

The Cairene Ḥanafī jurist and Hadith scholar Mughulṭāy (d. 1361) would not let such claims go uncontested. If we look at those who transmitted Mālik’s Muwaṭṭaʾ from the perspective of Hadith specialists, Mughulṭāy asked, was al-Shāfiʿī really the most accomplished? And in terms of illustriousness, surely the fact that Abū Ḥanīfa had narrated Hadiths from Mālik undermined Shāfiʿī claims.

Indeed, it seemed that Abū Ḥanīfa had narrated one or two Hadiths from Mālik, as the two great Shāfiʿī Hadith scholars, al-Dāraquṭnī (d. 995) and al-Khaṭīb al-Baghdādī (d. 1071), both acknowledged.[4] And, as Ḥanafī devotees frequently reminded their peers, did Abū Ḥanīfa not enjoy unmatched standing among his competition? Unlike Mālik or any other early scholar, Abū Ḥanīfa had actually narrated Hadiths directly from at least one Companion of the Prophet, namely Anas (though non-Ḥanafī Muslim historians retorted that he had only seen Anas and not actually narrated any Hadiths from him).[5] Surely this elevated Abū Ḥanīfa above any other narrator of Hadiths or narrators of the Muwaṭṭaʾ from Mālik.

Not so fast! Mughulṭāy Shāfiʿī interlocutors in Mamluk Egypt made their objections known. Ibn Ḥajar (d. 1449), known simply as ‘the Hadith master (al-ḥāfiẓ),’ observed that Abū Ḥanīfa’s narrations of Hadiths from Mālik had not been conclusively established (lam tathbut). Many Hadith scholars had in fact raised doubts about the accuracy of the chains of transmission that were said to prove that Abū Ḥanīfa had narrated Hadiths from Mālik.[6] And Ibn Ḥajar’s famous teacher, Zayn al-Dīn al-ʿIrāqī (d. 1404), had pointed out that, even if we were to concede that Abū Ḥanīfa had narrated Hadiths from Mālik, the two narrations that were cited as evidence did not proceed from Mālik to the Prophet via the Golden Chain of Nāfiʿ, from Ibn ʿUmar.  And was this not the issue under debate?[7]

If anyone could parry this attack and restore Ḥanafī standing in this admittedly marginal debate it would be Mehmet Zahid Kevseri (d. 1952), the last senior academic official (shaykh dars) of the Ottoman Empire and a Hadith scholar whose command of the Islamic sciences and manuscripts continues to dazzle researchers to this day. Kevseri had penned numerous treatises highlighting the Ḥanafī school’s excellence. The Syrian judge and famous Islamic scholar, ʿAlī al-Ṭanṭāwī (d. 1999), described him with praise very a propos this issue: ‘After I met him, I studied with no one else. Except that he had two fatal flaws: his blind favoritism in favor of Abū Ḥanīfa and his hatred of Ibn Taymiyya.’[8]

Sure enough, in 1941 Kevseri composed a short treatise entitled The Firmest Path on Mālik’s Narration from Abū Ḥanīfa and Abū Ḥanīfa’s Narration from Mālik. In it Kevseri meticulously mines obscure manuscripts to establish a related claim (one which is arguably much more consequential), namely that Abū Ḥanīfa and Mālik had met each other in Medina, discussed Islamic law and theology at length and had great esteem for one another. But positive results for the matter of Hadith transmission were not forthcoming. Kevseri was too exact a scholar to look past the problems with the claim, and he concludes that there is no reliable evidence that Abū Ḥanīfa narrated Hadiths from Mālik. It had been well established that Abū Ḥanīfa’s son, Ḥammād, had studied with the author of the Muwaṭṭaʾ. In the case of one of the two Hadiths, one ʿImrān bin ʿAbd al-Rahīm (d. 895) had (intentionally or not) switched the segment of the chain ‘Ismāʿīl from (ʿan) Ḥammād son of (bin) Abū Ḥanīfa’ to ‘Ismāʿīl bin Ḥammād from (ʿan) Abū Ḥanīfa…’.[9]

Kevseri no doubt considered this whole argument silly. As he had amply demonstrated elsewhere, Muslims worldwide remained indebted to Abū Ḥanīfa in their understanding of law and theology. Narrating the Muwaṭṭaʾ or any Hadith from a figure of Mālik’s stature would be a blessing. But, as Kevseri noted, there is ‘no blessing’ in claiming chains of transmission that are made up.[10]

That scholars devoted time, and even wrote short treatises, exploring the extent to which they could affirm an intellectual connection with Mālik, no matter how tenuous or marginal, speaks volumes regarding the stature of Mālik in the Sunni tradition. While Mālik’s status in later Sunni thought became quasi-legendary, that should not distract us from recognizing the very real role that Mālik played in the early development of Sunni law and Hadith tradition. The Muwaṭṭaʾ played an essential role in the consolidation of what would become Sunnism. The availability of this new translation will offer students of Islam a more direct window into the formation of early Sunni identity, and Mālik’s role in that process.

[8] This statement was related to me by one of al-Ṭanṭāwī’s students, Niẓām al-Yaʿqūbī, in 2010. I have not found it in any written source.

Like Loading...
‹ Rebellion against God praised and encouraged in new book by Christian theologian
Speakers’ Corner regular convicted of terrorism offences this afternoon at the Old Bailey › 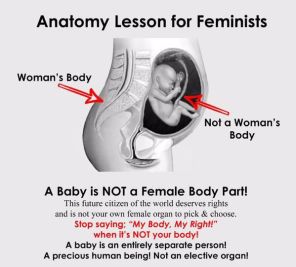 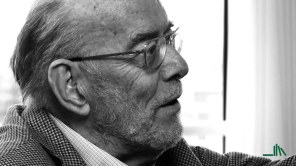 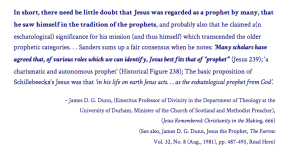 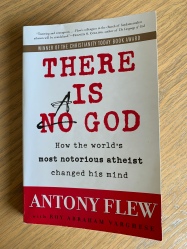 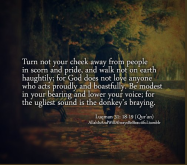 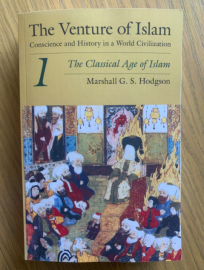