Papias on Matthew and Mark

In my previous two posts I showed why Papias is not a reliable source when it comes to the authorship of Matthew and Mark.   If you haven’t read those posts and are personally inclined to think that his testimony about Matthew and Mark are accurate, I suggest you read them (the posts) before reading this one.

I’ll reverse the order in which his comments are given, and deal with Matthew first.

In the quotation of the fourth century historian Eusebius, we read this:

And this is what [Papias] says about Matthew:

“And so Matthew composed the sayings in the Hebrew tongue, and each one interpreted [Or: translated] them to the best of his ability.”

The problems here are obvious.  Our Gospel of Matthew is not (simply) a collection of the sayings of Jesus, and it was not written in Hebrew.   Matthew of course does contain some of Jesus’ teachings – as do all of our early Gospels, both inside and outside the New Testament.   But it is much more than that.  In fact, the “sayings” of Jesus do not make up even the majority of the Gospel.  Not even close.  No one would describe Matthew as principally a collection of sayings.

And Matthew was not written in Hebrew, despite the widespread tradition/legend in the early church that it was (starting with Papias?).   Matthew must have been composed in Greek.  There are lots of reasons for thinking so, but I’ll just give you two.   Mark’s Gospel was the source for the Gospels of Matthew and Luke.   Mark must have been written in Greek originally (linguists have shown this).  In any event, Matthew and Luke must have used a Greek version as the source for (so many of) their stories, because in many, many places they agree, word-for-word- with Mark precisely in the Greek.   If one or both of them was composing in Aramaic, or were copying stories from an Aramaic source and copying it by translating it themselves in Greek, they couldn’t be word-for-word the same (take any two English translations of a French or Russian novel, say Madame Bovary or Anna Karenina, and see if you repeatedly have entire sentences that are word-for-word the same!).   The second reason is closely related: Matthew and Luke agree in passages, in Greek, that are not from Mark but must come from the Q source, itself originally written in Greek (since if it was written in Aramaic, again, they couldn’t agree verbatim in giving it).

Matthew was written in Greek.  There’s not much debate about this among scholars.  And it is not simply a collection of Jesus’ sayings.  It is not therefore the Gospel that Papias is referring to.  Or if he *is* referring to our Matthew, he simply doesn’t know what he’s talking about, possibly because he has been misled by something else he heard or read.  I’m not sure which option is better.  Most recently I’ve preferred the former option: he’s referring to some other book, a collection of Jesus’ sayings allegedly written by Matthew in Hebrew.  But possibly the other is right.

Remember, this is the only reference to a Gospel being written by Matthew prior to Irenaeus in 180 CE.   Given the enormous problems posed by what Papias says, I don’t think it can be used as evidence that our Matthew was written by Matthew.  To repeat: either Papias is talking about something else or, if he is talking about our Matthew, he is no more reliable than he is when he says that Judas Iscariot’s head bloated up so much that it would not fit into a street that a wagon could easily pass through….

‘When Mark was the interpreter [Or: translator] of Peter, he wrote down accurately everything that he recalled of the Lord’s words and deeds  — but not in order.  For he neither heard the Lord nor accompanied him; but later, as I indicated, he accompanied Peter, who used to adapt his teachings for the needs at hand, not arranging, as it were, an orderly composition of the Lord’s sayings.  And so Mark did nothing wrong by writing some of the matters as he remembered them.  For he was intent on just one purpose: to leave out nothing that he heard or to include any falsehood among them.’”

One could imagine that Papias here is indeed talking about our Mark; if so, he’s defending it against charges that it is disorganized (“not in order” “not…an orderly composition”).   And one thing that he says simply cannot be true.  If Mark was intent in particular “to leave out nothing that he heard” in all of his time with Peter as Peter proclaimed the things Jesus said and did – well, that can’t be said of our Gospel of Mark.   This Gospel is remarkably sparse.  You can read the whole thing aloud in two hours.   Mark spent all those years with Peter and all he heard about Jesus was two-hours worth of material?

Either Papias has a different Gospel in mind and later storytellers latched onto his claim and suggested that what is now the second Gospel was the one he was referring to.  Or he is referring to our Gospel of Mark and cannot be trusted to be giving a correct version of how it came to be.

There are other reasons for thinking so.   Of all the books and articles I’ve read about Mark in the past thirty years, and of all the scholars of Mark that I’ve known and talked with, I can’t think of a single one who thinks that Mark’s Gospel is in fact a Greek transcript of Peter’s preaching in Aramaic.  It is, in fact, a Greek composition that records traditions that had been circulating widely on the oral level for decades.

I should add that despite attempts by interpreters over many years, there is absolutely nothing in Mark’s Gospel that would make you think it was an account based on Peter’s testimony in particular.   Scholars who have wanted to credit Papias’s point have simply dug through Mark’s account to find “evidence” for what they wanted to believe in the first place.  If you weren’t looking for that evidence, you certainly wouldn’t notice it.  Principally because it’s not there.

So here’s the short story:  Papias is not reliable evidence concerning who wrote the Gospels.  He never mentions Luke or John.   Or rather, perhaps it’s better to say that whatever he *said* about Luke and John was not quoted by Eusebius.  One might wonder why that would be.  Were his comments so outlandish that not even Eusebius could buy them?  It’s hard for me to think of any other reason.

The first account of the authors of our Gospels, as a result, is the comment made by Irenaeus in 180 CE.   Prior to that, so far as we know, our Gospels were circulating anonymously. 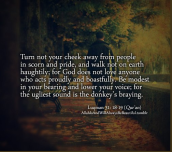 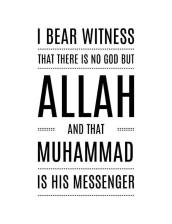 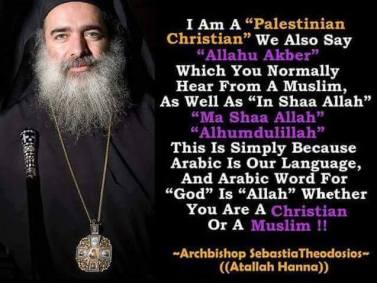