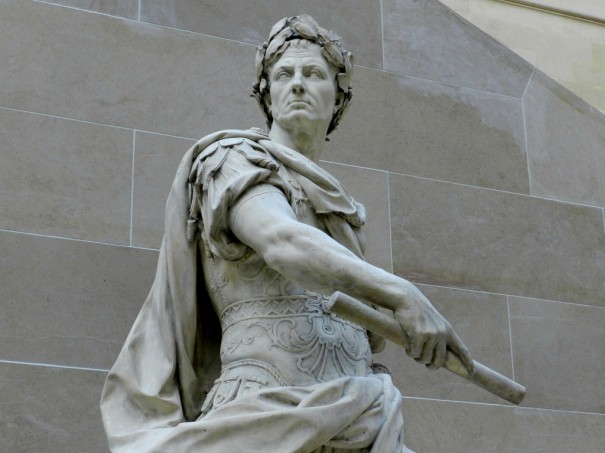 I mentioned in a previous post the scarcely-remembered-these-days Diogenes Poliorcetes (Diogenes, the Conqueror of Cities), who was acclaimed as a divine being by a hymn-writer (and others) in Athens because he liberated them from their Macedonian overlords.   I should point out that this great accomplishment paled with time, and he did some other things that the Athenians did not find so useful or approve of, and they rescinded their adoration of him.

My point was that sometimes military men/political rulers were talked about as divine beings.  More than that, they were sometimes *treated* as divine beings: given temples, with priests, who would perform sacrifices in their honor, in the presence of statues of them.  Does that make the person a god?  In many ways they would be indistinguishable.  If it walks like a god and quacks like a god….

Best known are the divine honors paid to rulers of the Roman Empire, starting with Julius Caesar.   We have an inscription dedicated to him in 49 BCE (five years before he was assassinated) discovered in the city of Ephesus, which says this about him:

Descendant of Ares and Aphrodite

The God who has become manifest (θεὸν ἐπιφανῆ)

Prior to Julius Caesar, rulers in the city of Rome itself were not granted divine honors.  But Caesar himself was – before he died, the senate approved the building of a temple for him, a cult statue, and a priest.  None of these were actually put in place before he was assassinated in 44 BCE.  But soon after his death, his adopted son and heir, Octavian (who later was to become Caesar Augustus) promoted, successfully, the idea that at his death Caesar had been taken up to heaven and been made a god to live with the gods.

Octavian had reasons of his own for wanting the divinization of Caesar.  In the political realm, there was still civil war taking place, and by having his father divinized, it marginalized the enemies of Caesar who had assassinated him (senators such as Brutus and Cassius).  That didn’t put an end to the civil war, because Octavian still had to deal with Mark Antony (the one, as it turns out, who had been appointed to be the priest for Caesar’s cult!), who was off now in Egypt conspiring with his lover Cleopatra for power.   But the divinization of Caesar did put the party supported by Cassius and Brutus in a deeply problematic position.  They were eventually taken out of the equation, in a rather brutal way.  As happens with civil wars….

There was another obvious reason that Octavian wanted his adopted father to be declared a God.  If his father was God, what does that make him?

There was a celestial event that helped solidify the idea that Caesar had been divinized.  In ancient Rome, religious ceremonies and other major events were sometimes accompanied (strangely in our view) by staged athletic contests.  In 42 BCE, there were athletic contests organized to commemorate the death of Caesar, organized by Octavian.  On the first day of the contests, a comet appeared in the sky, and it remained visible for seven days.  Octavian declared that it was in fact the soul of Caesar ascending to the realm of the gods.  A rather fortuitous event!

This divinization of Caesar set the precedent for what was to happen with the emperors, beginning with the first of them, Octavian himself, who became “Caesar Augustus” in 29 BCE.  Even during his lifetime Augustus was revered in some parts of the empire – some of the Eastern, Greek-speaking provinces (where there had been a long tradition of revering rulers as embodiments of divine power) – as a divine being.  And so, there is an inscription that survives from his lifetime found in the city of Halicarnassus (modern Turkey), which calls Augustus:

and Savior (σωτὴρ) of the human race

So he is God, the Savior.  Sound familiar?  He was also the “son of God.”  And the “Lord.”  These, of course, are all titles widely used by Christians of Jesus.  They did not come up with these titles out of the blue.  These are things said of another divine-man – the Roman emperor – before they were said of Jesus.  For the early Christians the idea was not that Jesus was the only person who was ever called such things (even though that is the case for most modern Christians).  Jesus was being called things that the emperor before him was called.  This was a competition.

Like Loading...
‹ April 23rd 1616: William Shakespeare dies.
Jesus remembered: ‘ideological tinkering must have gone on from the start’ › 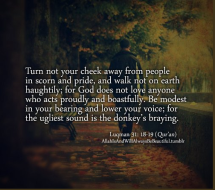 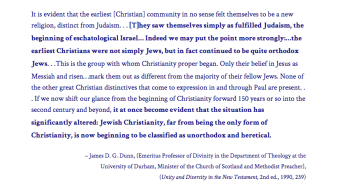