Earlier I posted about an academic work I am reading by two of America’s leading biblical scholars entitled: King and Messiah as Son of God, Divine, Human, and Angelic Messianic Figures in Biblical and Related Literature by Adela Yarbro Collins and John J. Collins – both professors of biblical criticism and interpretation at Yale University.

I thought readers might like to peruse another extract. The professors describe the historical process whereby Jesus was initially understood to be an agent of God, then after the ascension of Jesus leading to further speculation about his pre-existent status. But a crucial factor appears to be the influence of pagan cults where men who were once human beings were honoured and worshiped as gods. The authors highlight the practices of the Imperial cults as a crucial element in the proclamation of Jesus as God. Here is a snapshot taken on my humble iPhone of page 174 (see note 105 too). 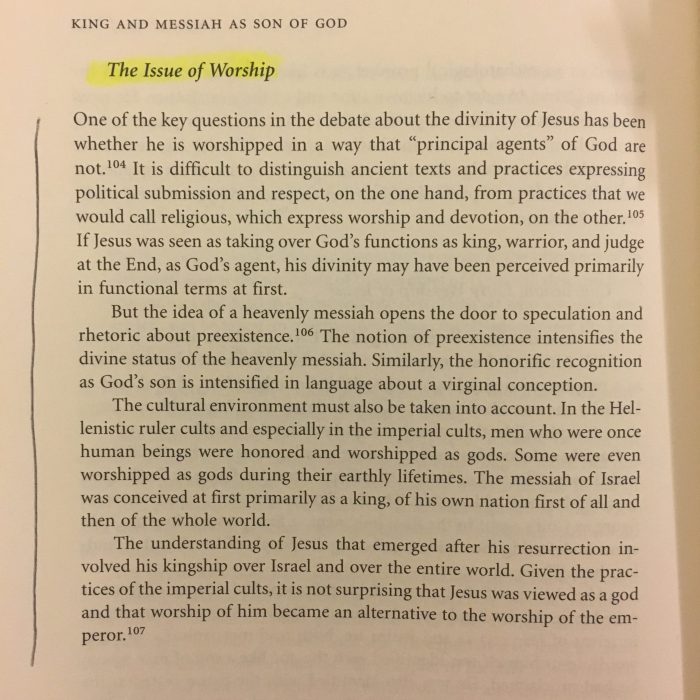 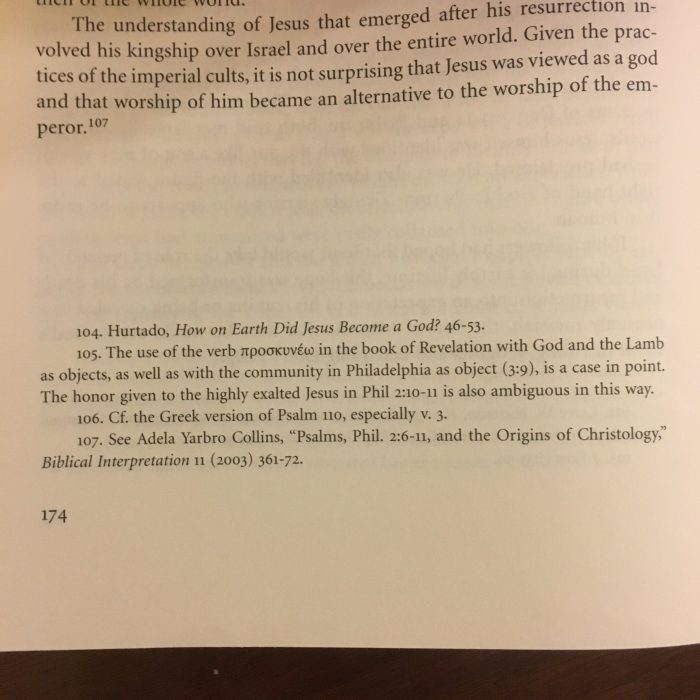 Like Loading...
‹ Yale: “The Synoptic Gospels do not portray Jesus as preexistent”
Have you noticed that in the Apostles’ Creed only the Father is called God? › 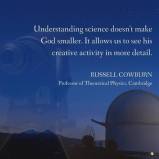 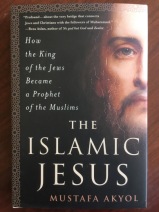 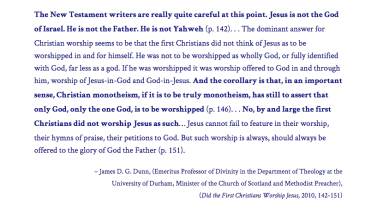 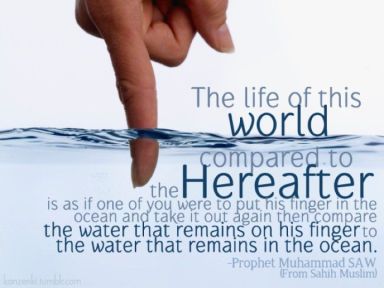 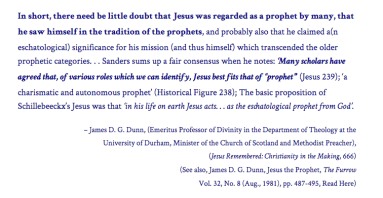